The Marina City complex was designed in 1959 by architect Bertrand Goldberg and completed in 1964 at a cost of $36 million financed to a large extent by the union of building janitors and elevator operators, who sought to reverse the pattern of white flight from the city's downtown area. When finished, the two towers were both the tallest residential buildings and the tallest reinforced concrete structures in the world. The complex was built as a city within a city, featuring numerous on-site facilities including a theatre, gym, swimming pool, ice rink, bowling alley, several stores and restaurants, and, of course, a marina. 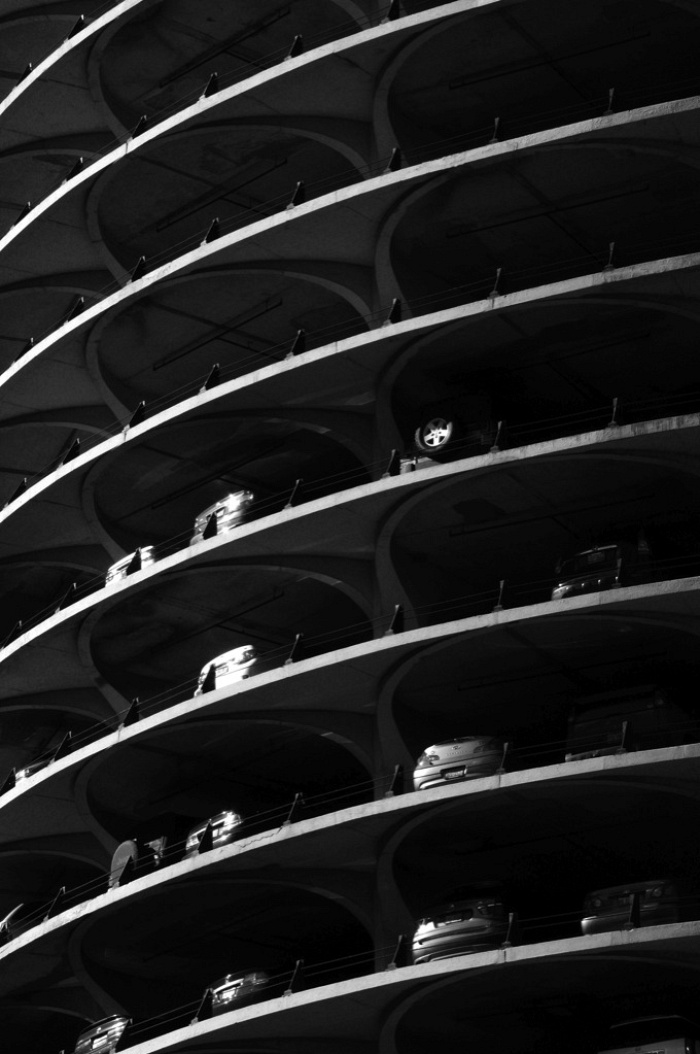